The construction of St John of Tarouca began in the year of 1154.  It was the first Cistercian male monastery built in Portuguese territory.

Monasteries were always built by rivers so they could be self sufficient.

In 1834 there was an extinction decree of religious orders, meaning no more monasteries.  The church was converted into a Parish Church. The monastic buildings were sold and it was used as a quarry until the early 20th century.  Has now been declared a national monument. 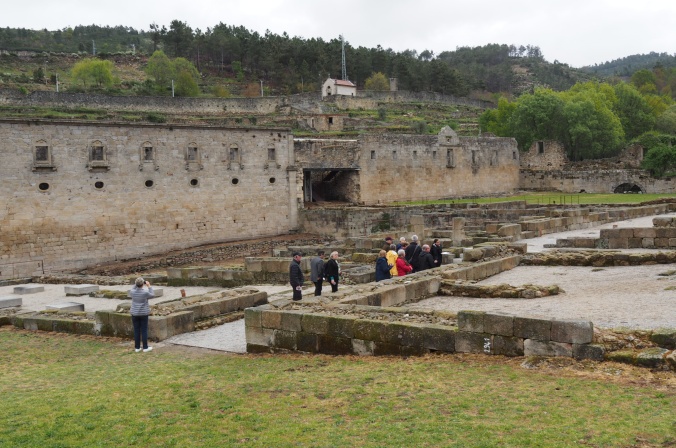 The side of the church from the ruins of the Monastery

As I walked around the ruins of the Monastery, I felt at peace. Im not that religious yet a calm feeling came over me.

The exterior of the church

A service was going to be held in 15 minutes so I quickly took some photos before we had to leave.

The church is in the  baroque style.  Gold and diamonds were used to impress people to attract them into the church. The people were mostly poor farmers. 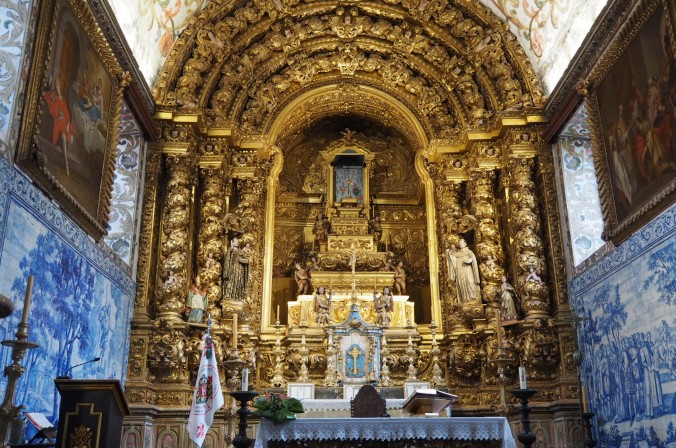 All that gold and diamonds

The blue and white tiles telling the story of the monastery. 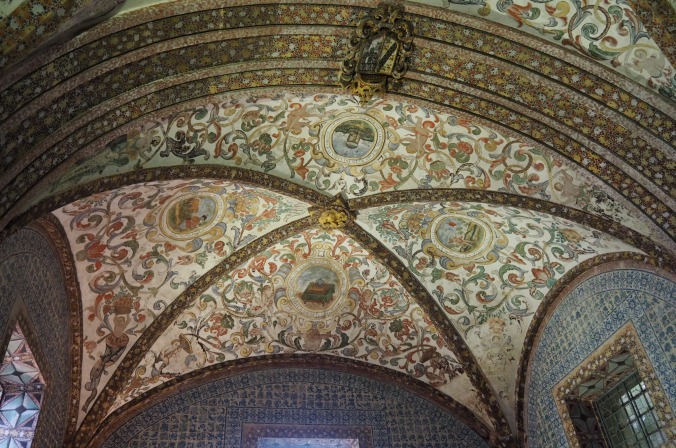 The stunning ceiling in the church.

Another view of the inside of the church.

Our next stop was the Ucanha bridge and Tower.  Such beauty before us.  It is known as the most beautiful medieval bridge and tower in Portugal and I could certainly see why. As far back at 1910 it was declared a National Monument.   There is no known record of when Ucanha bridge was built.

Isn’t this dog so cute!

As we all got off the coach a cute little dog greeted each one of us.  Then he walked with us down to the river and across the bridge.  Apparently this little dog does this with every coach full of tourists. Most towns in Portugal the busses and coaches are not allowed in the towns due to the narrow cobblestone streets.  Some are so tiny they are like tiny little walkways. 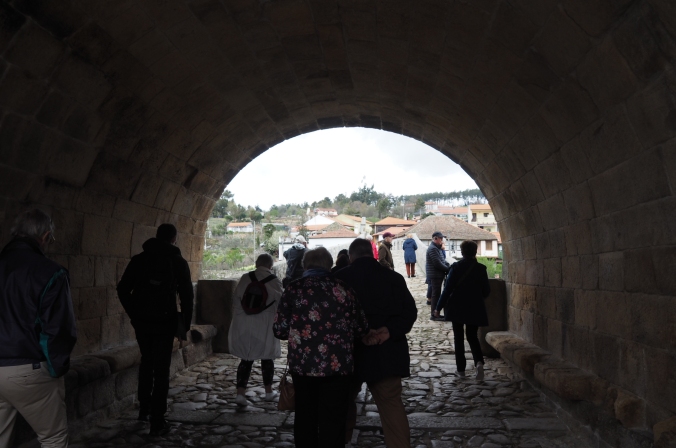 The Varosa river that runs underneath the bridge

The bridge has a steep incline, that peaks in the middle, The tower in the background 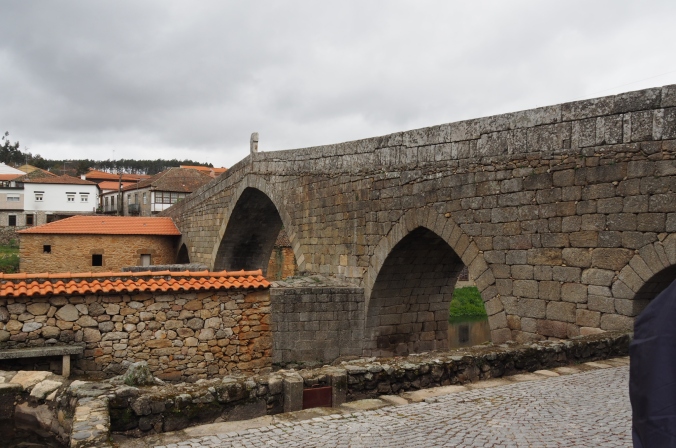 Ucanha Bridge was the first toll bridge in Portugal.  It was an access point in the region that travelers paid to cross. 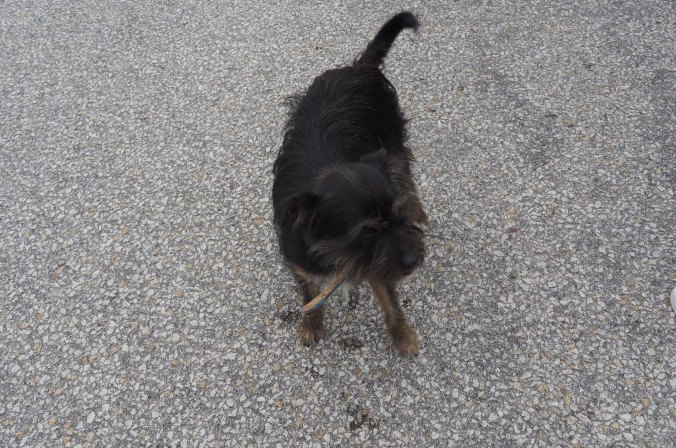 The little dog trotted back across the bridge to wait till the next bus load of tourists arrived.

The little dog made sure we were all safely on board and he trotted back across the bridge to wait for the next coach full of tourists.

The coach took us back to the Azure Cruise ship for lunch, then we would head off to Lamego.

26 thoughts on “St John of Tarouca and the fortified Ucanha Bridge and the Little Dog that could!”

Follow Travel and Lifestyle with Bree on WordPress.com
Join 2,014 other followers